Could you review Difference between revisions of "Account and Mobile Security" - Whonix please? @HulaHoop

Tor exit blocking, in which websites disallow clients arriving from Tor, is a growing and potentially existential threat to the anonymity network. We introduce two architectures that provide ephemeral exit bridges for Tor which are difficult to enumerate and block. Our techniques employ a micropayment system that compensates exit bridge operators for their services, and a privacy-preserving reputation scheme that prevents freeloading. We show that our exit bridge architectures effectively thwart server-side blocking of Tor with little performance overhead. 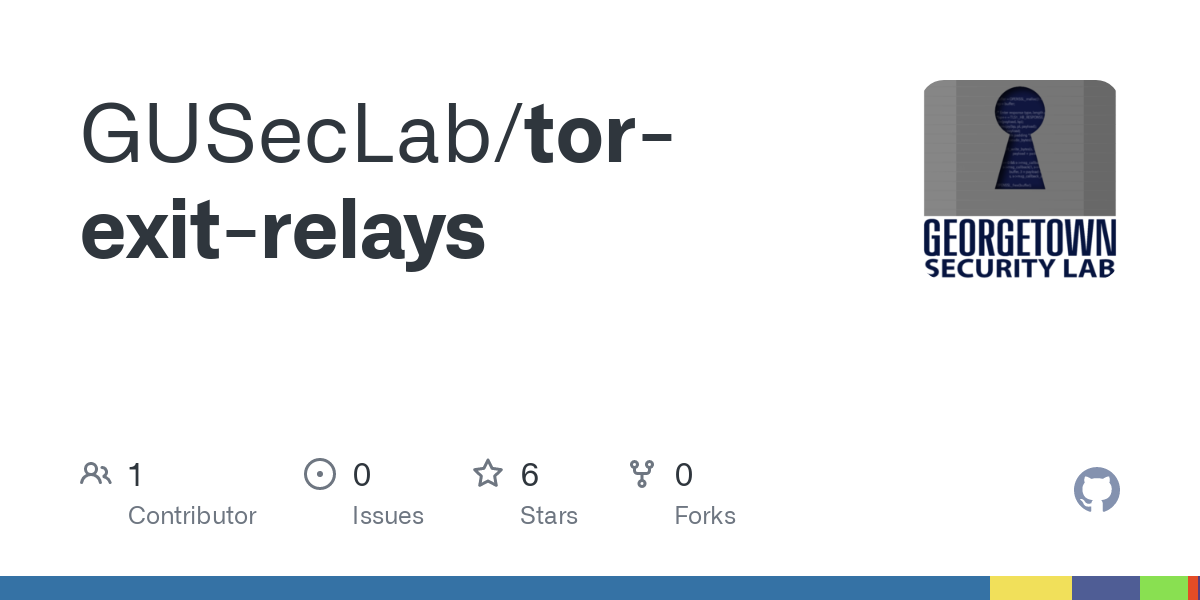 Contribute to GUSecLab/tor-exit-relays development by creating an account on GitHub.

Could you move this please to a separate forum thread in development forum?

Not really as adding a user payment system brings its own set of anonymity problems. Also providing a public database of exit nodes was a conscious decision by TPO. They claimed exit nodes could be enumerated by third parties anyway. The current workarounds we documented are more practical and work today.

Any reason not to delete https://www.whonix.org/wiki/Deprecated?

Maybe a better way to keep it would be to clear the page i.e. to remove all contents with nothing. Then it would be more accessible in the wiki history if needed again.

Is this a solution to 20 years of censorship of Tor exit nodes? https://seclab.cs.georgetown.edu/hebtor/ Bypassing Tor Exit Blocking Tor exit blocking, in which websites disallow clients arriving from Tor, is a growing and potentially existential threat to the anonymity network. We introduce two architectures that provide ephemeral exit bridges for Tor which are difficult to enumerate and block. Our techniques employ a micropayment system that compensates exit bridge operators for their se…

Thank you! However, to avoid duplicated discussion, I’d suggest for next time to move the existing post to a new forum topic (+ edit if desired). Can I delete it from here?

Sure - was looking for the move button, but couldn’t see it.

2 posts were split to a new topic: Wiki Footnotes 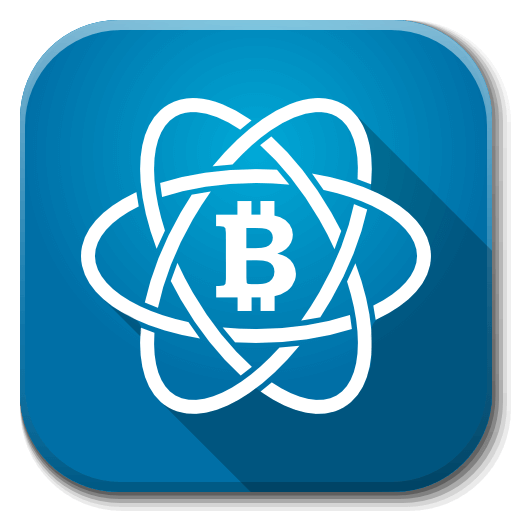 moved to its own wiki page: 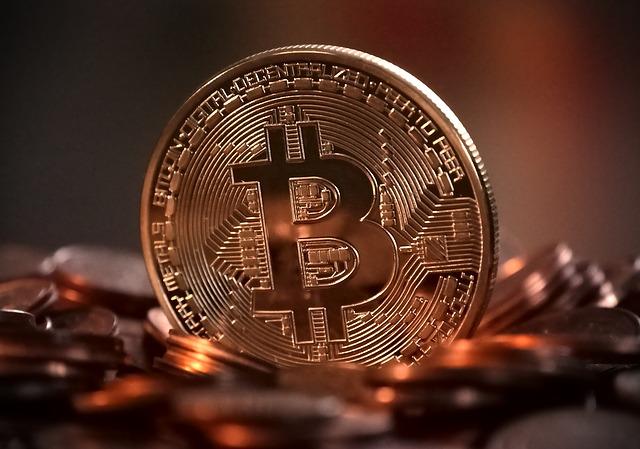 I do not understand why Dino-IM is the main Instant Messenger Chat recommendation, specially having in mind following issues. It is more than clear than developers only want to accept servers with SRV records and they won’t update it to support jabber servers fully under hidden services. Also it is just my personal opinion of course, but once Gajim 1.4 is released it will be the best UX I am aware that Whonix does not document or install by default software programs that are not in packages.deb…

Continuing the discussion from Long Wiki Edits Thread: Old version: Template:TorBrowser Proxy Configuration - Whonix This process can be repeated with socks proxies, but it is redundant and does not provide any advantage over the former types. The reason is because only Tor Browser is modified and no other programs are being tunneled through it. I don’t understand this. Based on Cannot add SOCKS proxy to Tor Browser - #3 by motherhacker these instructions have been improved just now. T…

Donate to Whonix ™ through use of Affiliate Links

A user getting confused with footnotes: configuring Whonix-16/Qubes Could you add some documentation on how footnotes are used please? How footnotes are currently used: As a developer notepad. If references such as links to related source code are difficult to find (on search engines or otherwise), then sometimes links are added. For references for statements which are non-obvious such as factual statements: Before someone asks “Where is your evidence/source for that statement?” Comments for…

I don’t think we properly referenced Rowhammer attacks anywhere? Where should this go?

It turns out DDR4 ain’t so protected after all.

Rowhammer exploits that allow unprivileged attackers to change or corrupt data stored in vulnerable memory chips are now possible on virtually all DDR4 modules due to a new approach that neuters defenses chip manufacturers added to make their wares more resistant to such attacks.

Rowhammer attacks work by accessing—or hammering—physical rows inside vulnerable chips millions of times per second in ways that cause bits in neighboring rows to flip, meaning 1s turn to 0s and vice versa. Researchers have shown the attacks can be used to give untrusted applications nearly unfettered system privileges, bypass security sandboxes designed to keep malicious code from accessing sensitive operating system resources, and root or infect Android devices, among other things.

Research published on Monday presented a new Rowhammer technique. It uses non-uniform patterns that access two or more aggressor rows with different frequencies. The result: all 40 of the randomly selected DIMMs in a test pool experienced bitflips, up from 13 out of 42 chips tested in previous work from the same researchers.

“We found that by creating special memory access patterns we can bypass all mitigations that are deployed inside DRAM,” Kaveh Razavi and Patrick Jattke, two of the research authors, wrote in an email. “This increases the number of devices that can potentially be hacked with known attacks to 80 percent, according to our analysis. These issues cannot be patched due to their hardware nature and will remain with us for many years to come.”

Considering network-based attacks are feasible, this is a major issue to put it mildly i.e. they don’t need local access to your machine or to fool you into running dodgy code on websites or via apps.

This is a hacker’s delight for advanced adversaries since it blows apart any sandboxing, VM separation etc.

New Rowhammer Attack Can Hijack Computers Remotely Over the Network

Some Whonix users will probably want a “paranoid mode” or similar for launching of disposable Whonix-WS using this method? →

In normal use qubes are created on, and changes written to, the disk. There is also extensive logging and signs of the qube are scattered in a number of places. Sometimes, you want to create a qube which does not leave these traces.
You can do this relatively simply, by creating a RAM based storage area and using it for a new storage pool. The qube will persist until the RAM disk is deleted, or the machine is shut down.

A script like this in dom0, will create tmpfs RAM disk, create a new storage pool, and create a new qube using that pool.
…
You can remove the qube, and some of the associated artifacts by script in dom0.
…
None of this is forensically reliable, although it is better than using a standard pool. (Refer to this issue, particularly if you are using Xfce, and check the associated issues.) Also, the scripts themselves will be on the disk, which may require some explanation.

Given it is scripts in dom0, users would have to do that manually, but it’s probably worth referencing this procedure here for advanced users (although I haven’t yet tested it for Whonix 16): 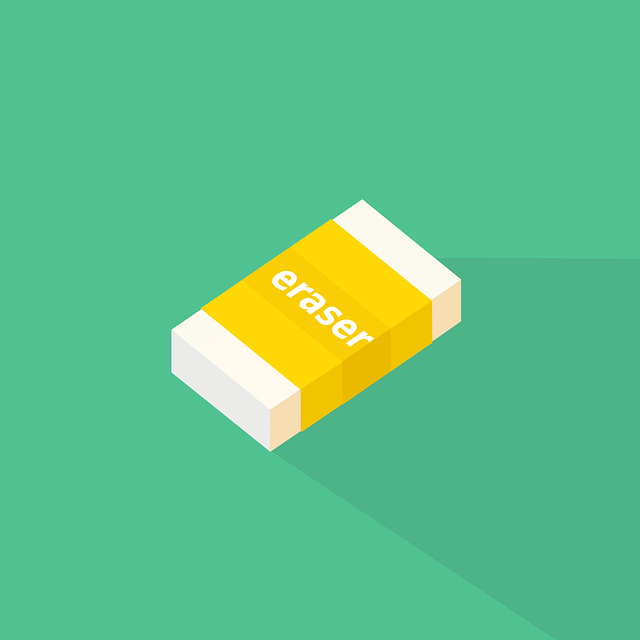 How to use Disposables in Qubes-Whonix ™.

it’s probably worth referencing this procedure here for advanced users

Could you please e-mail me? @torjunkie