hardening by default in Kicksecure version 1:

hardening by default in Kicksecure version 2:

initially will be available most likely for: 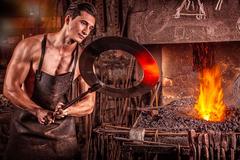 About me:
I am the founder and a maintainer of the Debian Linux and Tor based Whonix - Anonymous Operating System.

Are you interested in Kicksecure? What do you think? What would you like to see? Any suggestions?

Very interesting. Please consider Gnome instead or in addition to KDE.

I think this is a great idea. Please do it.

My only request is to not make what I believe is Whonix’s biggest mistake: making KDE packages as dependencies. There is nothing about the fundamental concept of what Whonix is trying to accomplish that requires a specific GUI. So why make Whonix depend on KDE packages? If these dependencies did not exist people could use whatever desktop/debian distro they wanted then just “apt-get install whonix-gateway/workstation” and get all the benefit without all the baggage.

Anyway that was a long preface to say: This idea is awesome. Please do it. But given nothing about your list requires KDE, please do not make the same mistake of making unnecessary dependencies that drives a large fraction of users away.

I believe this applies. (For now anyways). How to use Other Desktop Environments other than XFCE with Whonix. Current situation. Risks. Future.

PS. If there is a “sudo apt-get install hardened-debian” that does not depend on a specific desktop environment I will 100% test every test release you post. You are doing great work.

I think this is a great idea. Please do it.

My only request is to not make what I believe is Whonix’s biggest mistake: making KDE packages as dependencies.

Maybe it’s just terminology. But. Whonix doesn’t depend on KDE. For now there is only non-qubes-whonix-(gateway|workstation)-kde meta package. It’s because Whonix for now is only available (released, build, maintained, supported) as KDE version. Whonix at the moment is a anonymity/security/privacy desktop operating system project focusing on VMs. The focus on anonymity/privacy (security to a lesser extend as well) doesn’t allow with such low resources (funding, core developers) to release/maintain/support multiple desktop desktop environments initially in the first versions (or ever). This might change in future. There will be:

Requests for gnome will still be custom (non-qubes-whonix-(gateway|workstation)-cli can help but up to user), and rejected by pointing at https://www.whonix.org/wiki/Other_Desktop_Environments.

There is nothing about the fundamental concept of what Whonix is trying to accomplish that requires a specific GUI.

So why make Whonix depend on KDE packages?

If these dependencies did not exist people could use whatever desktop/debian distro they wanted then just “apt-get install whonix-gateway/workstation” and get all the benefit without all the baggage.

No. Parts of the desktop environment are directly related to the core functionalities for Whonix. For example it would be outrageous to release Whonix based on Ubuntu unity search lenses submitting search terms to amazon and others. That would be very much counter user expectations.

For example it required a ton to tame KDE for use with Whonix VMs with respect to privacy/security/RAM usage/CPU usage/usability - see partially also: https://github.com/Whonix/anon-apps-config/tree/master/usr/share/anon-apps-config

Said another way: how crazy would it be if the Tor maintainers made Gnome a dependency for the tor package? Or iptables depend on XFCE?

Not a valid comparison. Debian package tor is a console based local proxy interface connecting to the Tor network. Whonix is a graphical linux distribution focusing on VMs.

Anyway that was a long preface to say: This idea is awesome. Please do it. But given nothing about your list requires KDE, please do not make the same mistake of making unnecessary dependencies that drives a large fraction of users away.

Initially there will be most likely:

Likely later there will be also:

Just in case you want to borrow some ideas:

ANSSI has developed a multi-level secure operating system called CLIP OS, to address the needs of the administration. Based on a Linux kernel and managing information of several confidentiality levels. CLIP OS is now available in Open Source as part...

Nice find. Gives insight as to what an advanced intel agency’s COMSEC idea of a secure OS looks like. Though surprisingly they choose IPsec over OpenVPN and decide to go bare-backing SSH without something like Tor.

What do you think?

I don’t like the state of information available for hardening Debian. (Official) Resources are obsolete and blog articles are usually recipes with no background . Whonix wiki seems to be the only thing that’s relevant for general advice. Good job everyone!

A great idea - some of it might be of interest to Tails team too?

Great project.
It will be good if it will use Pandora. Pandora automatically overwrites the RAM when the system is shutting down. 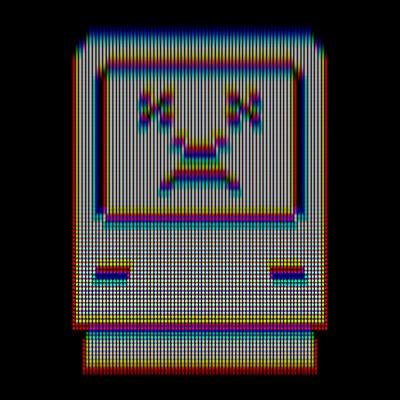 Also a good idea is to onionize souces.list and use Tor for updates. Maybe to use Anon Connection Wizard in case someone need to use proxy before Tor

Speaking of keeping dependencies down, if you could limit the dependencies to only what is necessary I will help you port the packages to Ubuntu. I started doing this for Whonix packages a couple years ago but there was enough differences in the Ubuntu/Debian KDE versions and dependancies that it became impossible so I dropped it. But I think if you stuck to minimal dependancies this will be much easier.

That would open up a whole new user base.

Dependencies for individual packages are minimal. Necessary stuff only.
Could you please have a look at some packages and let me know if
dependencies are non-minimal?

Many years ago (maybe up to Whonix 7 or so) there were no separate
packages but only packages like whonix-shared, whonix-gateway and
whonix-workstation with all files but that has long been deprecated in
favor of separate packages.

Whonix is looking for feedback on a possible documentation enhancement project which would encompass easy to understand (non-technical) documentation so users can smoothly transition from windows to Whonix/linux. Do you think Whonix can become a Linux distribution targeting first time Linux users who are still running Windows and could try Whonix inside VirtualBox? New step by step documentation is needed that would build up confidence as well as develop the necessary skill so users could …

We can’t call it Hardened Debian.
As per https://www.debian.org/trademark a new name as to be found.