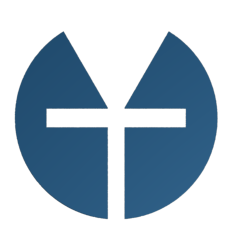 Didn’t look into it yet.

@rootkovska @QubesOS @Whonix Tin Foil Chat the next level of secure messaging. How best could this be incorporated with Qubes to remove hardware requirement but maximize security. Maybe a Split Tin Foil Chat between 2 separate vms? Any better ideas? github.com/maqp/tfc

Hmm, I guess it makes sense in face of remote exploitation. It depends on the capabilities of the attacker:

In the last two cases, since we are assuming that the attacker can not break out of Qubes VMs, we could make a dual-VM setup similar to the design the author proposes using firewall rules. This is what “J B” suggested. This would not have physical security guarantees though.

On a side note, regarding breaking out of VMs: If we assume that the attacker has a network stack exploit for Linux, doesn’t this mean that he can also infect other VMs that are connected via Qubes internal routing? I’m not fully informed about how that is implemented, but if the firewall that checks access itself is running on Linux, then the firewall VM would be vulnerable to the same lower-level network stack exploit. (I’m sure I’m missing something here, but it comes to mind when thinking about the need of physical network protection units like developed by the author of TFC)

Hey, I found your thread so I hope it’s OK if I answer/comment

We should ask if it’s possible to tweak it for “less secure” isolation supporting out hypervisor disaggregation to support our OS.

TFC has for the past two versions supported isolation with Qubes Xen hypervisor. The default configuration doesn’t use Whonix workstation but Debian standalone VMs. I’m wondering if there are any benefits to e.g. using Whonix workstation as the standalone Networked AppVM instead of Debian10. The Network interface of the Debian AppVM can be set as the Whonix gateway, so everything should be possible to Torify.

I will definitely look into that once the NIST competition ends, and a suitable key exchange algorithm with robust implementation is created. For now, post-quantum security can be achieved with the password-protected PSKs users can exchange via sneakernet. Obviously that isn’t a solution to people living across long distances, but just to let you know, the option is there.

Once standardized, the public key length will determine if endpoint secure post-quantum key exchange is reasonably practical. After all, it needs to be imported manually. E.g. in the McEliece system there’s 500kB long public keys. Base58 has 73% efficiency so you’d have to type ~685,000 characters by hand. This isn’t feasible. On the other hand, NTRU uses 2kB long public keys, this is very tedious but doable by the users: It’s slow but never slower than e.g. a plane trip to deliver the PSK.

If the post-quantum algorithm isn’t practical between TCBs, it will be established as a middle encryption layer (between TCB-to-TCB encryption and Onion-Service-to-Client TLS-like encryption) between the Relay Programs. This prevents CT-only attacks and requires endpoint compromise to recover the post-quantum session keys. This should provide forward secrecy at least until the point the endpoint is compromised, Most likely it will provide post-quantum security for all future messages, if the adversary doesn’t compromise the endpoint to break the initial session where TCB-to-TCB X448 public keys were exchanged.

I’m saying this just to let you know the ideal way to implement it is still an open UX research problem. But again, it’s coming in one form or another once the algorithm is standardized and the implementation is robust enough.

Uses its own crypto in addition to Tor’s

This was one of the problems the Ricochet audit identified. With v3 Onions within e.g. Cwtch.im, additional layer of ciphers isn’t adding too much in terms of bit-strength, but the key exfiltration security requires a separate layer of encryption. This has gone through several iterations and I’m more than happy with the current suite: it offers Spinal Tap grade security and there’s no protocol negotiation which means there’s no downgrade attacks. Having no strings attached and no validation to comply with, it’s been a pleasure to put not-yet NIST-approved Curve448 to use like all proper cypherpunks should.

“It’s own crypto” has a slightly negative connotation so to ease any concerns I’ll just note that the cipher implementations are from respected libraries created mostly by the original designers. PyNaCl provides bindings for libsodium that in turn is a wrapper for NaCl, made by djb. The X448 bindings in pyca/cryptography library are for the OpenSSL library, and that code was authored by Mike Hamburg himself (the designer of the Curve448). Finally, the argon2_cffi provides bindings for the reference implementation by the Argon2 authors. The Python code tests the application-level API with official test vectors to detect any obvious implementation errors on higher levels.

Let me know if you have any questions!

I’m wondering if there are any benefits to e.g. using Whonix workstation

Thanks for the lengthy reply and reaching out. Nice to see the project still active.

“It’s own crypto” has a slightly negative connotation so to ease any concerns I’ll just note that the cipher implementations are from respected libraries created mostly by the original designers.

You’re right, I meant it as “an extra layer” rather than something rolled up in your basement.

Have you considered joining forces with cwtch and/or Briar? In the past few years, there were onion based chat projects that got many people excited only to disappear. I really wish one of the projects gathers enough momentum with UX and mobile support that it becomes a popular and self sustaining project where we can point users to.

Back when TFC was just a plugin that used Pidgin as the transport mechanism of ciphertexts I reached to John Brooks (the Ricochet developer) and SJL (the Cwtch developer) about a feature that would allow IPC with other applications but understandably both were too busy. Micah Lee from The Intercept was very kind and pointed me towards Stem, and I’ve since tried to help Lee et. al. with OnionShare, that has much more similar stack (Tor + Stem + Flask). I haven’t talked to Briar developers.

TFC is for now in maintenance only, meaning I’m mostly skimming the code for vulnerabilities, and updating dependencies on ~monthly basis. The best part about the project is majority of security comes from the hardware architecture so it’s extremely unlikely any vulnerability would result to key / plaintext exfiltration, even if I never updated it in the future. So the app can handle the slower maintenance. Anyway, don’t expect the system to disappear at any time, I’ve put far too much effort to it over the past eight years to just let it die.

2 posts were merged into an existing topic: Whonix is loosing their antifacist supporters