cypherpunks said in the ticket:

The first released tor version with this feature is 0.3.1.1-alpha.
As usual there will be alpha packages on deb.torproject.org

If you want this feature now you can use the nightly builds:
​https://deb.torproject.org/torproject.org/dists/tor-nightly-master-stretch

A detailed instruction has been written in the new /etc/tor/torrc file (in Whonix, the path is /etc/tor/torrc.anondist-orig) shipped with the Tor nightly:

ps. It seems updating to Tor nightly in Whonix will not update the /etc/tor/torrc file automatically. I will investigate on this and post the findings below

Should we change a way to organize the tor configuration files in Whonix?

Definitely. Waiting for this feature for a long time.

And Whonix’s settings which are currently in tor-service-defaults-torrc because there was no .d support should be moved into the appropriate new place.

Meanwhile for Whonix 14 we should probably add the include to Whonix’s current tor-service-defaults-torrc so anon-connection-wizard can work. The include we add should be probably be the very same what Debian is going to add. So we later won’t have to bother with a folder migration.

If not already done in Debian tor master… Could you please post a Debian feature request against the tor package so they’ll add parsing include to /usr/share/tor/tor-service-defaults-torrc?

if so, we probably also need to do minor changes on other related/influenced part, eg. the command line used to restart/reload Tor?

Dunno why that would be required, but “perhaps so yes”.

It seems updating to Tor nightly in Whonix will not update the /etc/tor/torrc file automatically.

Tested on both Whonix13 and debian8:

Meanwhile for Whonix 14 we should probably add the include to Whonix’s current tor-service-defaults-torrc so anon-connection-wizard can work. The include we add should be probably be the very same what Debian is going to add.

Agree! I will keep up with what include path will be added by Debian.

Debian tor master… Could you please post a Debian feature request against the tor package so they’ll add parsing include to /usr/share/tor/tor-service-defaults-torrc?

Sure thing! But please forgive my ignorance on this problem. It seems Whonix is using the Tor from:

Also, teor said on the @tor-dev that:

You probably need a %include directive in /etc/tor/torrc.
If you get this working, please submit a patch to the Debian bug tracker.

Should the include be added to /etc/tor/torrc or /usr/share/tor/tor-service-defaults-torrc? Or we can leave it for Debian to decide?

Thank you very much!

Should the include be added to /etc/tor/torrc or /usr/share/tor/tor-service-defaults-torrc? Or we can leave it for Debian to decide?

Up to Debian to decide. I would hope they go for tor-service-defaults-torrc and guess they will. Otherwise still better to go with Debian, to keep the delta of Whonix to Debian small. So Whonix keeps simpler and better understandable. Less complexity. Unless going for these goals creates a bigger mess than deriving from it.

If his pull request is adopted, then %include /etc/tor/torrc.d/ will be added to tor-service-defaults-torrc.

teor said on the @tor-dev that:

My understanding is that:

If that change is made in Debian, it probably flows back to Tor Project.

If you file a bug in Debian, don’t send a copy to the upstream software maintainers yourself, as it is possible that the bug exists only in Debian. If necessary, the maintainer of the package will forward the bug upstream.

Could you please post a Debian feature request against the tor package so they’ll add parsing include to /usr/share/tor/tor-service-defaults-torrc?

What’s the order of config file parsing as per Debian tor package default?

Is this stated by Debian yet? Could you ask please?

The precedence for tor options is the following (1 overrides 2, etc…):

Currently, there is no torrc.d directory created when you install the tor package. However, you can use a %include in the configuration file or in the defaults file. When you insert a %include in a file, it works as if all the options for the included file or folder were written on the line of the %include. If you’re including a folder, the files will be processed in lexicographic order and files starting with a dot will be ignored.

Here is an example:

With this configuration, the value for some option is 3.
But we can have a torrc with %include too:

With both these files, the value for SomeOption is 6.

There are also different types of options and some can take multiple values. For more information see the section “Mid-level semantics” on this file: https://gitweb.torproject.org/tor.git/tree/doc/torrc_format.txt

Should we suggest user use a separate file /etc/torrc.d/bridges.torrc as configuration file? Or a more general question: should user use /etc/torrc.d/ or /etc/tor/torrc ?

Always go for .d whenever possible. We recommend this at
https://www.whonix.org/wiki/Whonix_Configuration_Files but I think a
more general advice on configuration files editing would be useful as
well in the wiki. @torjunkie 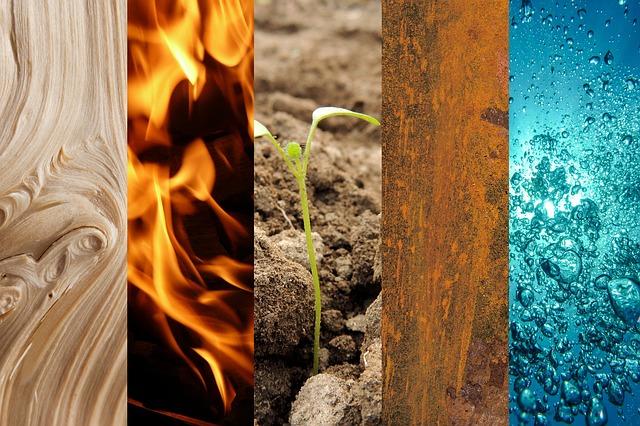 Everything you should know about Whonix's Configuration Files.

The fewest of them will be able to merge upstream changes with their
local changes.

Good that you are using an extension .torrc. Using no extension (if
that would even work) is not so great. Harder to parse. Easier to
source *.torrc rather than parsing * and then skipping files
ending ~ (graphical editor backup files) and files ending -dpkg.old
or similar.

I think adding a number_ prefix would be better. Such as 50_user.torrc.

There are a few .d folders and it’s not well standardized. But I would
suggest 50_ for users. 10_ for Debian, 20_ for torproject, 30_
for Whonix and so forth. Somehow a useful stackable order. An ordering
where the more upstream something is (Linux (most upstream) -> Debian
(distribution) -> Ubuntu (derivative of Debian, further downstream than
Debian)). Could you please look at existing .d folders of any other
projects tell me what you think? Perhaps discuss this with Tor Project.

Please make that 40_. Reason: not by a distribution but also not done manually by the user. Done with a gui tool. 50_ could be used to override settings by the gui tool the user disagrees with (mostly theoretic at this point).

Thank you for your guidance, @Patrick !

(actually we need to remove tor_status.py from whonix-setup-wizard packet, correct?)

Thank you very much!

But I am not too sure about this yet. Someone who first did it manually
using /etc/torrc.d/50_user.torrc UseBridges 0 and then uses
anon-connection-wizard UseBridges 1 would result in actually
UseBridges 0.

So it’s not perfect yet. I guess nothing similar has been done before
that’s why we struggle with this?

Solution? anon-connection-wizard should parse all Tor config files and
warn/abort (not enable/restart Tor) about any conflicting (final)
result? That would be future work.

(actually we need to remove tor_status.py from whonix-setup-wizard packet, correct?)

Solution? anon-connection-wizard should parse all Tor config files and

result? That would be future work.

Yes, this can be a solution. I am going to think the problem and I will let you know if I came up with any other solutions

I find that Tor will also parse filename~, which is a backup created by some editor. Problem with that is it is too hard to realize for a user. Users think they have changed the Tor settings but actually not, they may result in using the old settings.

Shall I do a proposal to TPO to strictly parse .torrc files only?