Snaps are containerised software packages that are simple to create and install. They auto-update and are safe to run. And because they bundle their dependencies, they work on all major Linux systems without modification.

This is interesting because it contains some popular applications not available from any debian package repository. For example:

Get the latest version of monero for Linux - Monero: the secure, private, untraceable cryptocurrency https://getmonero.org

Get the latest version of monero for on Debian - Monero: the secure, private, untraceable cryptocurrency https://getmonero.org

Are applications software signatures (gpg) verified end-to-end? I.e. signed by developer and verified on local computer? Or is it only as safe as https?

Is it required to trust the source (snapcraft.io) which is run by cannoncial (they also host Ubuntu and have some issues).

It doesn’t use GPG verification but it does use AppArmor and sandboxing.

Is it required to trust the source (snapcraft.io) which is run by cannoncial (they also host Ubuntu and have some issues).

Something similar to Snap that may be worth looking into is Flatpak. It uses GPG verification and sandboxing.

Snaps are a Canonical attempt to create application lock-in Flatpak is the superior alternative and allows decentralization and verification.

Snap is interesting in context of Chromium Browser for Kicksecure Discussions (not Whonix) since it provides a source for chromium: 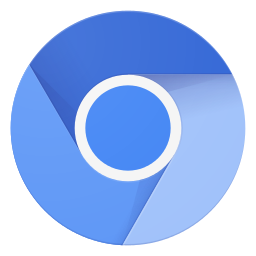 It’s security needs to be researched.

It doesn’t use GPG verification

Snap are signed and snapd checks it before installation.

Trust and security in the Snap Store | Snapcraft

Last Friday (11 May 2018) we learned that a snap was mining cryptocurrency in the background while the application was running. The practical implication of that is the overuse of local resources on a user’s system, well beyond what a typical...

Snap is a software packaging and deployment system developed by Canonical for the operating systems that use the Linux kernel. The packages, called snaps, and the tool for using them, snapd, work across a range of Linux distributions and allow upstream software developers to distribute their applications directly to users. Snaps are self-contained applications running in a sandbox with mediated access to the host system. Snap was originally released for cloud applications but was later ported Th...

They do little oversight of package safety/maintenance. A hidden cryptocurrency miner was slipped thru in uploads. Major apps lacked updates for a long time. Server components of the snap packaging system remain closed which gives Canonical control over the tech. Avoiding the support and proliferation of their lock-in format is a good move IMO.

Also Ubuntu anything has the tendency to be half baked abandonware once Canonical grows bored with it after they fail to monetize it.

Server components of the snap packaging system remain closed which gives Canonical control over the tech. Avoiding the support and proliferation of their lock-in format is a good move IMO. 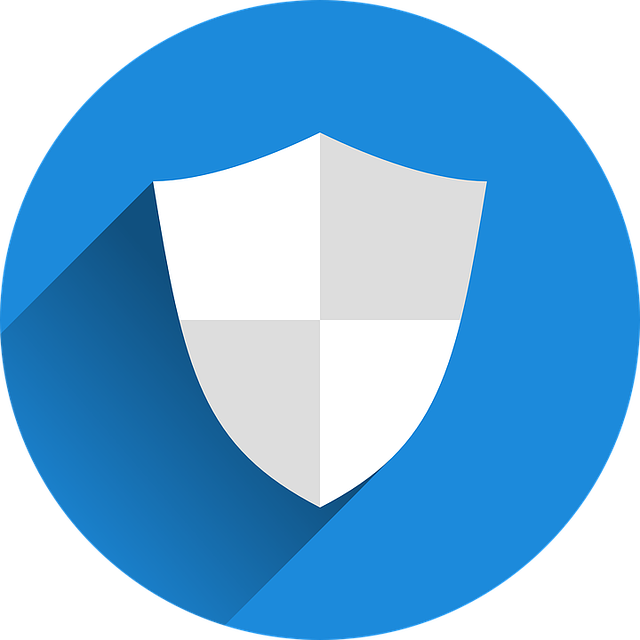 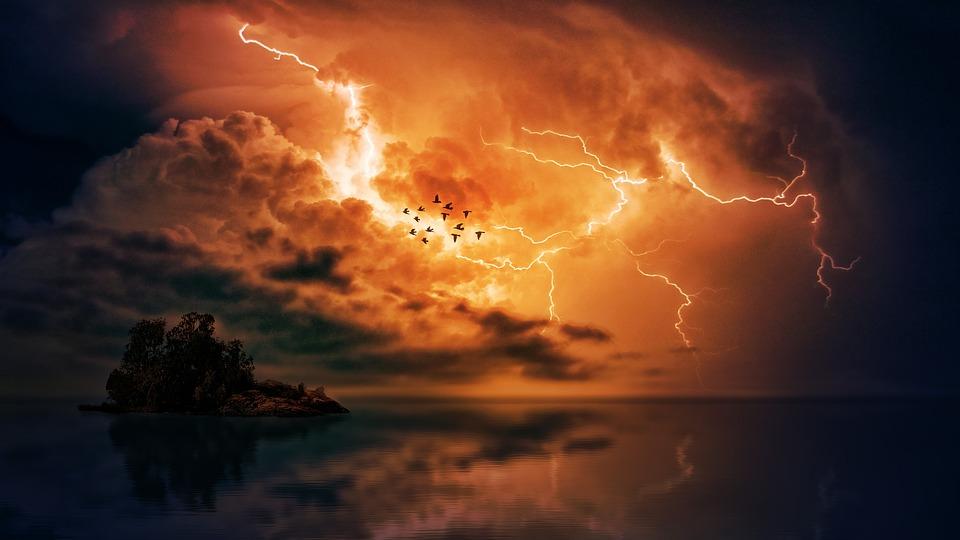 They do little oversight of package safety/maintenance. A hidden cryptocurrency miner was slipped thru in uploads.

All apps uploaded to the Snap Store undergo automatic testing, including a malware scan. However, Snap apps do not receive the same level of verification as software in the regular Ubuntu archives. In one case in May 2018, two applications by the same developer were found to contain a cryptocurrency miner which ran in the background during application execution. When this issue was found, Canonical removed the applications from the Snap Store and transferred ownership of the Snaps to a trusted third-party which re-published the Snaps without the miner present.[10][11][12] Although the Snap sandbox reduces the impact of a malicious app, Canonical recommends users only install Snaps from publishers trusted by the user.[13][14]

That disqualifies it as a general recommendation.

At time of writing, chromium in snapstore was from publisher Canonical with a green arrow standing for verified account.

Therefore in context of Chromium Browser for Kicksecure Discussions (not Whonix) it could still be good enough.

Also in context of Chromium Browser for Kicksecure Discussions (not Whonix) the chromium package seems up to date.

Installation of snap by default in Whonix and/or Kicksecure might encourage installation of packages using snap. Would be hard to educate users “but please only use snap for chromium or other applications from trusted publishers”.

Probably best to find a more solid all around choice.

Related: flathub as a source of software

Something similar to Snap that may be worth looking into is Flatpak . It uses GPG verification and sandboxing.

Created a dedicated forum thread for it:

flathub as a source of software Development

https://www.flathub.org This is interesting because it contains some popular applications not available from any debian package repository. Easy to setup on Debian. https://flatpak.org/setup/Debian/ It’s because flathub is already in Debian. https://packages.debian.org/buster/flatpak Does flathub pass the TUF Threat Model, TUF: Attacks and Weaknesses [archive]? Edit: Sandboxing abilities by flatpak are irrelevant as long as sandboxing isn’t worse as for manually installed software. Whate…

Server components of the snap packaging system remain closed which gives Canonical control over the tech.

Wikipedia https://en.wikipedia.org/wiki/Snap_(package_manager)#Snapcraft links to a github repository https://github.com/snapcore/snapcraft. But is it complete?

I know this is a recurring topic. It blows up on reddit every week or two. Snap / Canonical could help to clarify the situation and dispel some of the FUD that detractors of snaps are throwing. It would be helpful if someone made a new blog post...

Seems like a clever question by Freedom Software enthusiasts is:

Why is there only one Snap Store?

A defender of snapstore wrote this: I started a series of blogposts explaining varying questions I’ve seen come up around the internet. Why is there only one Snap Store? This also covers Is the snap store open source? Can other distros curate packages? Why can’t Ubuntu “just...

Why is there only one Snap Store?

Snap and Flatpak are the basis of two universal app stores for Linux: the Snap Store and Flathub. Interestingly, Flatpak has multiple repositories: Flathub is the main one but both Fedora and Elementary OS also host their own store. In contrast;...

Is the Snap Store open source?

Open sourcing the Snap store back-end would require significant changes to it, according to Martin Wimpress of Canonical:

[because of its history,] the Snap store now integrates with other areas of the Canonical infrastructure. So the Snap store isn’t a single thing. It’s not like this one piece of software that you can easily decouple from the rest of the machinery that powers the infrastructure at Canonical. So we can’t just pull it apart and separate it and say, “Here you go, here’s the open source Snap store.

Canonical is doubtful that this investment would be worth it because of what happened with Launchpad. Although they invested significant resources in open sourcing Launchpad, there is still only one instance of Launchpad running and they have not received any significant contributions from non-Canonical employees.

Interestingly, Canonical actually released an open-source prototype Snap store backend a few years ago, but there was very little interest from the community in in actually maintaining and running a second Snap store, so the project bit-rotted and became incompatible with the current Snap protocol.

It links to this:

TechRepublic: Community members have expressed concern about the Snap server being proprietary software. What would be needed for a third party to operate its own Snap server, if it wanted to do so?

A Freedom Software snap store work in progress at time of writing: 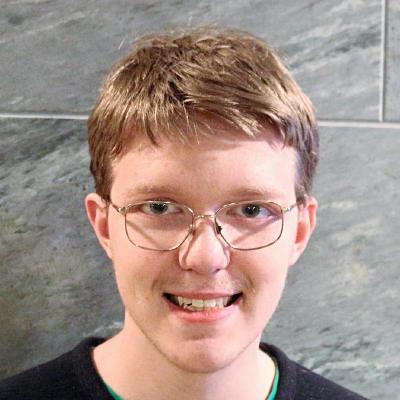 Therefore at time of writing it is safe to conclude that snap store server part is nonfreedom software.

A defender of snapstore wrote this:

Simple test: If Debian had done he same with apt would Ubuntu have had a base to build onto? Also this is similar to chat clients with non-free server side components.

Additional note to the mentioned above: snap use apparmor to secure their apps whereas in comparison to flatpak use bubblewrap.

Ubuntu is an open source software operating system that runs from the desktop, to the cloud, to all your internet connected things.

Snap apps can be downloaded as an offline package .snap, Flatpak cant do that.