I have a few more questions about project history for you, as I continue to make progress on my work with enhancing historical verification.

TorBox and aos sf pages were just for file hosting and short introduction as you can see here:

After being renamed to Whonix, the wiki was moved to sourceforge and improved there, then they got copied to this website

Thank you so much for tackling this. History is much neglected.

1) Was there ever ANY new software releases made under the "aos" project name, including stable vm releases, testers-only releases, source code only releases, or any other types of releases?

As time passes, so does my memory. "aos" was a terrible project name that was only in use for a short period. Chosen in a rush to end confusing of TorBOX and Tor Project. According to https://www.whonix.org/wiki/History#Old_News, there were no aos releases. My memory may not be reliable. [I am well aware of the psychological https://en.wikipedia.org/wiki/Misinformation_effect. [Which is not an illness, only common exaggerated opinion of common mental abilities.]]

However, quickly grepping to Whonix source code history (git), it looks like the string “aos” is in there. If it was renamed to Whonix before another release, I don’t recall very well. Probably yes.

What I am sure about though it, I’ve never deleted any stable releases. They are all here:
http://sourceforge.net/projects/whonixoldarchivedreleases/
Looks like there were no stable aos releases.

Or have there only ever been releases made under the TorBOX and Whonix project names?

2) As I assume so, was the project content deleted from the old SourceForge.net accounts, for the TorBOX (http://sourceforge.net/projects/torbox) and aos (http://sourceforge.net/projects/aos) accounts? I assume there used to be more official project content within these accounts, but was simply deleted after changing to newer project names/accounts. Correct?

Seems there has never been an aos forum. I don’t remember anymore for how long this awful name “aos” was in use.

I still have access to those closed sf projects TorBOX and aos:
http://sourceforge.net/u/adrelanos/profile/

3) I went to search for some old forum content here on the whonix.org wikimedia forum (https://www.whonix.org/wiki/Special:AWCforum), but couldn't access it anymore. Is the old forum and its content now permanently gone from the project?

Yes, it will be permanently gone unless a wonder happens (AWCforum fix by someone). AWCforum is incompatible with latest release of mediawiki. This is a shame.

Content isn’t lost for historians yet. Archeologists do excavations. Something similar would be possible with AWCforum for “digital historians” (is this a good term?).

Our wiki backups are hosted on github: 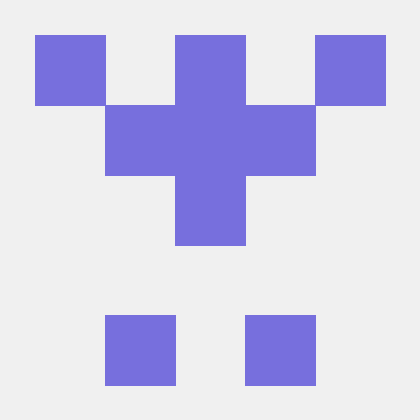 Contribute to WhonixBOT/WhonixWikiBackups development by creating an account on GitHub.


I am sure, those already include AWCforum contents. Get is before github decides to kick the repository due to size issues. By locally installing an older mediawiki version and AWCforum, importing our wiki backup, all contents could be made visible again. (It’s still in the wiki database.)
whonix-supporter March 30, 2014, 3:30pm #4

Thank you for the informative replies.

I’ve been doing A LOT of Whonix reading and historical searching over the past few weeks, so I’m aware of many things.

But, it is especially great to be learning about the existence of the “WhonixBOT” account on GitHub. Quite a valuable historical resource.

I am preparing to publish the initial draft of my “Verification Assets” work very soon.

Thanks again for your replies.

Great, looking forward to that!