Anyone with basic knowledge of kernel exploitation knows how important information gathering is to reliable exploitation. This protection hides the kernel symbols from various places that an attack…

If you say Y here, getting information on loaded modules, and
displaying all kernel symbols through a syscall will be restricted
to users with CAP_SYS_MODULE. For software compatibility reasons,
/proc/kallsyms will be restricted to the root user. The RBAC
system can hide that entry even from root.

Note that this option is only effective provided the following
conditions are met:

It is highly recommended that you enable GRKERNSEC_PERF_HARDEN
in addition to this feature.

Is hiding kernel symbols even possible without grsecurity?

and the kernel source directory

Why even the kernel source directory should be hidden?

One idea of kernel recompilation for better hardening was the recompile on the users machine so the kernel would be uniquely compiled and kernel symbols would stay hidden, Rather than using Debian public kernel (from packages.debian.org) which has public well known kernel symbols.

But Debian is working towards reproducible builds. Thereby when compiling the Debian kernel on the user’s machine, it is likely the user would end up with a byte identical versions.

Could we use a reproducibility build kernel and then somehow instruct the kernel (through a kernel parameter or something) automagically randomize its kernel symbols addresses?

Is hiding kernel symbols even possible without grsecurity?

The critical point is…

The kernel using grsecurity is not precompiled by some distribution

vs nowadays reproducible builds. The kernel image cannot be in a public known state. It needs to be unique, private.

How the kernel image looks is public knowledge or easily knowable by compiling oneself.

A common approach to getting a root shell from an exploit which grants execution in the kernel is to jump to a user controlled function which does the following: These kernel functions will create …

In the initial discussion about hiding /proc/kallsyms, a few people pointed out that most installations are distro kernels, and attackers can simply hard-code the addresses for the necessary functions.

system.map (kernel symbol addresses) file can be created from public or self-compiled kernel (vmlinux) (attacker could recompile. Just use the source code, and version and config we are using). Thanks to (mostly or already fully) reproduiclbe builds, the attacker would have the vmlinux binary. And then could deduct the kernel symbol addresses from that. Then hardcode these addresses in malware.

The only way to prevent that is to recompile the vmlinux binary in a… How? Randomize the vmlinux build somehow? A kernel parameter? Somehow supply the kernel with a random file so it can randomize itself?

How to hide Kernel Symbols in Linux Kernel Image? Recompliation?

Could we use a reproducibility build kernel and then somehow instruct the kernel (through a kernel parameter or something) automagically randomize its kernel symbols addresses?

The only thing I know that does this is OpenBSD’s KARL which basically generates a new kernel on each reboot. There doesn’t seem to be any equivalent for Linux.

In theory, Linux has this feature? Called ASLR. See:
https://en.wikipedia.org/wiki/Address_space_layout_randomization#Linux

Yet, these addresses are mostly the same in two different VMs. In one VM:

In another VM with the same kernel:

Then compare files a and b. There is more similarity than differences, looks like. (Differences could be due to different kernel modules being load.)

Over at the grsecurity blog, Brad Spengler and the PaX Team have co-written a lengthy look at kernel address space layout randomization (KASLR) and its failures. "KASLR is an easy to understand metaphor. Even non-technical users can make sense of the... 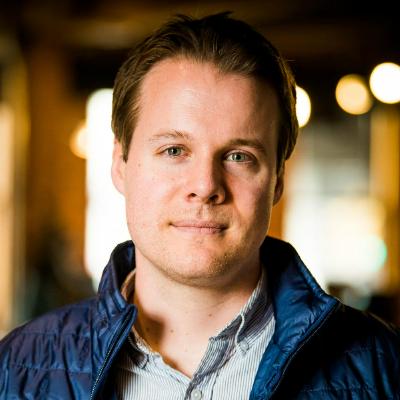 Routines for hunting down kernel symbols. Contribute to jonoberheide/ksymhunter development by creating an account on GitHub.

Routines for hunting down kernel structs. Contribute to jonoberheide/kstructhunter development by creating an account on GitHub.

In theory, Linux has this feature? Called ASLR .

No, ASLR is only for userspace memory. KASLR is for kernel memory and doesn’t change any kernel pointers. One of the reasons KASLR was such a bad idea is because the kernel is full of kernel pointer leaks.

As for kstructhunter, structleak should prevent that but because Debian’s repos are so old, it doesn’t yet support that.

All these GCC plugins can be confusing sometimes.

Excellent! GCC_PLUGIN_RANDSTRUCT was the holy grail I was looking for. Mentioned here:

I think you might be confused. Kernel structs and kernel pointers aren’t the same. While randstruct is important, it’s not really the point of this post.

An attacker who seeks to compromise a running kernel by overwriting kernel data structures or forcing a jump to specific kernel code must, in either case, have some idea of where the target objects are in memory. Techniques like kernel address-space...