The Enlightenment Desktop has been around for decades (1997). Sees regular releases (last stable 5 months old). Was designed to be lightweight for running on very resource limited devices like smartphones. It has seen major contributions by Samsung [2]. Supports Wayland and even working on having their own compositor. Can be used along side GNOME/KDE libs and hence applications.

Does it have any lower RAM requirements than XFCE or otherwise better performance in VMs? How much RAM does it require vs XFCE?

Wayland support would give GUI isolation which would substantially improve security.

comparing the deployment and usage of xfce over enlightenment DE within distros is a major difference hence using it adding more load/headache from our side.

about wayland its in the roadmap for xfce specially after being ported to Gtk3. The good news is the founder of xfce Olivier Fourdan is working actively on wayland.

So we just wait and will see wayland landing into xfce. (and this will give more time for wayland to replace more components of x11 which might found missed).

The last version of XFCE took over 4 years to be released. Somehow, I don’t think wayland support is coming anytime soon.

Anyone please feel free to install enlightenment inside Whonix and then compare RAM use.

Are there any enlightenment based (Debian?) Linux distribution which could be looked at as a show case?

Seems the RAM savings potential is around ~ 50 MB?

wayland would be nice to have for better security (didn’t try yet) but even enlightenment with X would require significant development work. Here is an initial list:

I wouldn’t want to port to a desktop environment that is more likely to be removed from Debian due to low popularity and maintainers orphaning the package.

Is enlightenment a choice in Debian installer?

Before jumping straight into enlightenment, are there other desktop environments worth considering?

Another option could be Openbox.

Openbox is only a window manager. We’d need to choose a task bar (and maybe a systray) application. Perhaps among other components. Kinda building a custom desktop environment. That might actually work better than XFCE (or any desktop environment) and cutting what we don’t need to actually pull any dependencies that we do need.

Mostly unrelated to Openbox, i found this I found the explanation very good.

To understand what Openbox actually is, it’s important to know the difference between a window manager and a desktop environment.

A window manager is the program which draws on your screen the “boxes” in which other programs are run. A window manager controls how program windows work, look and act. It decides what window decorations to use and gives you a way to move the windows, hide them, resize them, minimize them and close them. It controls what buttons you push to do those things, and what keys you press to make those things happen.

On the other hand, a desktop environment minds the entire desktop. It provides a taskbar, a system tray, a login manager, additional menus or perhaps screensavers and desktop icons. It might include a file manager, a text editor or some other accessory programs, too.

Openbox is a window manager, not a desktop environment. Openbox is only responsible for maintaining the windows you open on your screen – nothing else. That means installing Openbox won’t give you easy menu access to wallpaper options, a taskbar or system panel, or most of those other doo-dads. It does, however, give you a framework to incorporate other programs that do those things – and usually with a greater degree of freedom over the style and interface.

How to change the Xfce4 default window manager?

[1] Unless we were to use another taskbar package

Seems the RAM savings potential is around ~ 50 MB?

It must have become much more bloated with recent releases than when I last used it with Bodhi Linux. From a resource perspective, the amount of work needed to switch just isn’t worth it.

Wayland is a good point though.

+1 It seems Wayland has it’s own Window manager implementation that can be tried out. They plan to make the underlying code a generic lib for rebranding /reuse in other projects.

While window managers are a great direction, I still think we need something that allows access to system settings so brightness and resolution can be easily adjusted,

use XFCE with Wayland Development

While I certainly won’t dislike the switch to Wayland in general, I would still suggest staying away from Enlightenment, as it is based on the EFL, which is maybe… less than ideal: 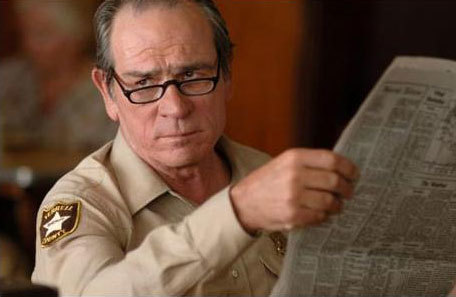 I work for a certain corporation which uses a certain product. This is its story. To put the quality of this product into perspective, let me say it’s been in development for about 20 years and has pretty much no users (besides my corp and some “hey...