This news is primarily to inform developers and everyone who builds Whonix from source code. If that doesn’t mean anything to you, this news can be safely ignored.

This is only about builds of Whonix. Resulting images are untested at the time of writing. Users should wait for testers-only or stable release.

Context:
[FIXED] Building Whonix from source code is NOT safe at the moment due to APT vulnerability DSA 4371-1

The tag is suffixed -developers-only for a reason. 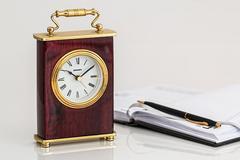 Testers Wanted! This is a release candidate for a point release. Debian APT remote code execution vulnerability DSA 4371-1 is fixed in this version. Therefore, special instructions for upgrading are not required. The usual standard (“everyday”) upgrading instructions should be applied. Download the Testers-Only version of Whonix for VirtualBox: