No need for a dll. No need for VirtualBox API. Would be a lot easier to
use the vboxmanage command line utility which already comes with VirtualBox.[/quote]

This would be for sure an alternative and can be done using scripting in InnoSetup.

Anyhow, I’ll wait what Ego will come up with.

[quote]The Windows maintainer would download these, gpg verify these, quickly test
these, and then build the Whonix installer exe. Test it. Sign it. Upload it.

Just a hint: The native way in Windows would be to use a X.509 code signing certificates instead of GPG. After signing an exe, Windows will no longer show the “unknown publisher” warning but your name, which gives Windows users a warm feeling.

‘Limitation’ is, that “OPEN SOURCE DEVELOPER” is being added to your name.

Anyhow, I’ll wait what Ego will come up with.

If you’ve got an idea you may want to persue, I’d recommend you not to wait for me. I won’t have time finishing what I “produced” today, nor tomorrow (maths test), so I’ll be able to finish it on saturday, earliest.

If you’ve got an idea you may want to persue, I’d recommend you not to wait for me. I won’t have time finishing what I “produced” today, nor tomorrow (maths test), so I’ll be able to finish it on saturday, earliest.

No need to waste time, if we both work on competing approches. My concept is finished. If we should opt for yours, there is no point in doing detail work on the InnoSetup script now.

Just a hint: The native way in Windows would be to use a X.509 code
signing certificates instead of GPG. After signing an exe, Windows
will no longer show the “unknown publisher” warning but your name,
which gives Windows users a warm feeling.

Very much worthwhile. Additional gpg signatures however would be good
since those do not depend on certificate authorities.

Another very “low priority” goal for now are deterministic builds. [It’s
very worthwhile to have, but it will take a long time until
deterministic images will be available and until then its usefulness is
smaller. Just something to keep in mind - not adding purposely variable
stuff (when building the same version twice) such as timestamps.]

so, after having spent the last few hours on it, here a status update:

First of all, the base is finished. I’ve got a concept (which is very similar to the one I’ve propose in post #51) and was able to overcome all problems, but two. To accomplish all this, I was forced to leave my “SFX-comfort-zone” and move to a (to the user invisible) comand line based approach, using the 7za.exe, offerd by 7-Zip (the project, I mean) as well.

Currently, the installer works in the following way: After showing the usual “disclaimer” and “introduction” pages, the user may (or may not) select, a path for the extraction of both the virtual HDD for the Gateway, as well as for the Workstation (more on that latter). After that, I start cmd.exe in the background. What this does is run the following command: “/K 7za e Whonix_Images.7z Destination”. This runs the 7za.exe found in the /bin folder of my project, which in turn starts to execute the Whonix_Images.7z, which is in the same folder. The destination is set (or should be set) through a “openfiledialog” which is shown to the user prior. While this all happens, all the user see is a nice progress bar, filling with some tastefull green.

Now, at this point I have to take two paths, so bear with me for a moment: What I want to happen in the final version is that, after the GW and WS are extracted, the installation of VBox starts automatically and the user sees no transition whatsoever between the two seperate methods of installation. This is something which seemingly can be done, though I still need to find a way of running the entirety of the VBox installer in cmd for this to work.

For the time beeing though, I was forced to call the installer at this point and go through it by hand. In the final version, I also would like to use the installation destination from before for both VBox and the VHDDs, just with different “Sub-folders”.

After VBox is installed (either way) I simply run vboxmanage (again, with cmd) to create the necessary Debian-VMs and link the VHDDs. While this happens, I (again) show a progress bar. Like I’ve said, in the final “version”, there should really only be one progress bar, as everything else appears unprofessional. While this progress bar fills, I also extract an alternative GUI for VBox, more to that though, when the design is ready in the thread regarding it (the GUI, I mean).

Now, as you may or may not have noticed from how I talked about it, I currently have a problem with setting the destination manually (i.e. by the user). You see, I use this command to run cmd.exe with the needed command:

The issue is, that I am unable to find out, how I can mix normal “text” (or string, if you like), with C# code (or any code for that matter). If someone knows something in that direction, I would really apreciate it. Doesn’t even have to be for C#, anything to get me on the right track would be great. The same issue (of course), also plaques the “vboxmanage part”, which is why I manually set fixed locations, to test both of them.

The issue is, that I am unable to find out, how I can mix normal “text” (or string, if you like), with C# code (or any code for that matter).

Can you explain a bit more what you mean? The three lines of code seem to show that you know how to handle strings in C#…

Ok, let me just explain with a snippet of my code (have included the necessary explanations with //):

The problem is, that I am unable to mix a string and the code from the folder dialog. Think I have found a solution though.

Escaping CMD.EXE can be a tricky thing. Consider the /S switch.

Why not calling 7za directly?

This was just not included in the code above, because currently, I want to have some viewable feedback when debuging. I’ll see, wether I can hide 7za.exe using a similar method, don’t see why this shouldn’t work actually.

P.S.: Sorry, forgoth answering this before:

Yes, as at the moment I’ve only used commands which are compatible with the very first version of C#.

Ok then, try with escaped " this way:

The /K option wants the command as a single parameter, so you need to use quotation marks.

ok, thanks for the input, I’ll try that.

after having (irregularily) worked on this for quite some time now, it seems that I’ve been able to get as far as possible at the moment. Have created a coherent installer, which doesn’t necessitate additional downloading or any other actions by the user outside of itself for importing, etc. I still need to finish testing, though at the moment, there seem to be no bigger issues, had a rather big bug to deal with, which put developement almost completley to a halt. However, there is one problem I still couldn’t solve, which I want to get rid of:

The installer for VirtualBox. You see, under Windows, VBox isn’t designed to be installed via a commandline but only per GUI. That’s why, at the moment, I have to call the VBox-Installer externally and let the user go through that process there. While it is integrated in my installer, it is still input on the site of the user, I want to remove. That however, means that I’ll have to somehow recode parts of the VBox Installer to automate it. It’ll certainly take some additional time, though I think it is worth it.

Anyway, will upload the current version in the next days, once I’m fairly certain that everything works under any Windows.

A simple, NSIS based Installer for Whonix, Whonix-UI and all accompanying files. - Whonix/Whonix-Windows-Installer-deprecated 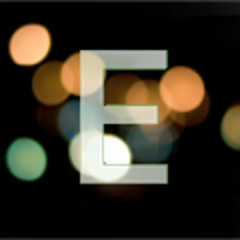 EgoBits1 has 7 repositories available. Follow their code on GitHub.

Maintained, InnoSetup and 7-Zip based version of a simple automated installer, setting up Whonix, Whonix-UI and accompanying software. - Whonix/Whonix-Windows-Installer

Contribute to Whonix/Whonix-Windows-UI development by creating an account on GitHub.

This is volunteer or paid postion?

(because i dont think anybody would be interested in working on vbox installer for Windows (at least volunteerly).)

Volunteer. Unlikely indeed but not impossible.

changed 1 files with 2 additions and 5 deletions.

changed 1 files with 0 additions and 7 deletions.

Untested. Has a good chance of working though.

How to build the Whonix ™ Windows User Interface from source code.

How to build the Whonix ™-Windows-Installer from source code.

I know the files that need to be altered to change the installer name. Tested by have not createed a PR yet Currently 'Install Whonix.exe' Any preference for file names? I prefer the first one. whonix-installer.exe install-whonix.exe anything else?