Supporting Monero as the Default Cryptocurrency

I had asked Monero community on reddit if we can add Monero software from debian official repo to our repository and by that users can have a default supported currency by default shipped inside Whonix + Monero users are benefiting from Whonix Anonymity + Announcing that on Monero website to refer users to use Whonix (if they like) for best Anonymity/Privacy protection + Monero usage practice. 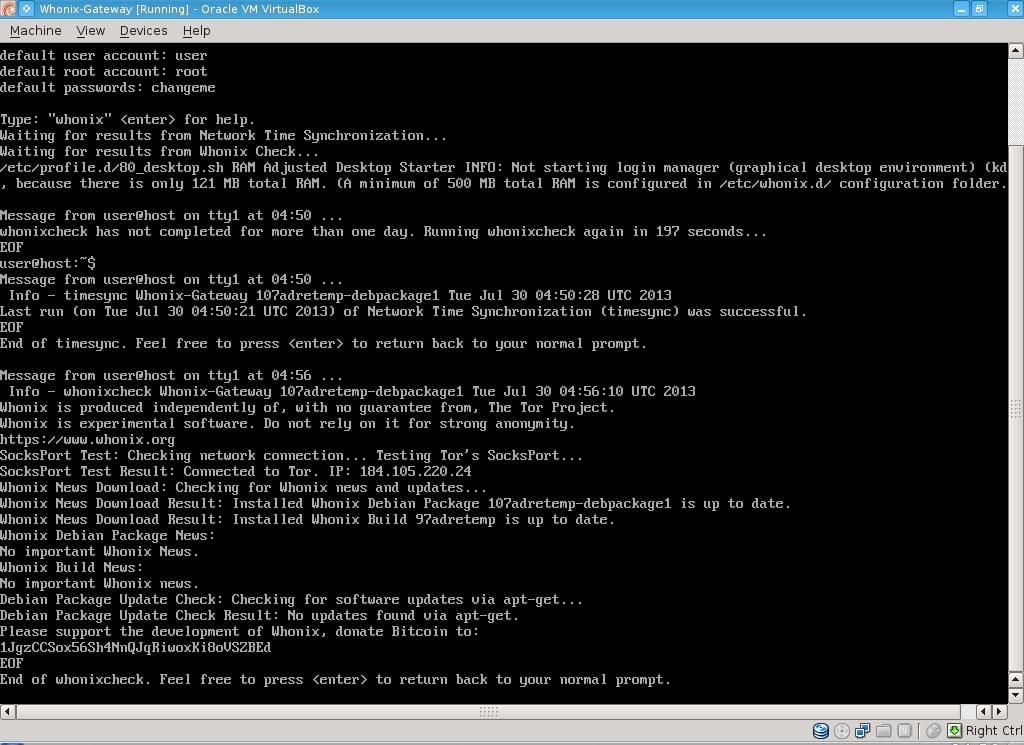 The voting opened until end of the year
Voting done as to not include any currency for now. Thx

Doesn’t make sense. If anything it should be Bitcoin.

Monero doesn’t respect Tor to put it lightly. I would say they are outright hostile to Tor. They haven’t implemented proxy support precisely to make it difficult to use with Tor because fluffypony has some prefers i2p. I’m not against i2p for the record.

About Tor they even suggested Whonix-Tor to be used, also did you know we have Whonix-I2P under development? (so even with I2P no issue)

Monero isn’t nearly as mature in development as Bitcoin, and has a ton of bugs. Including an RCE recently. This is due to their dismal development team and almost non-existent peer review. As opposed to Bitcoin which has one of the most vibrant development communities of brilliant people ever assembled.

I dont see bitcoin more secure than monero. every project has tons of bugs , and bugs being reported then the project is active and in use.

What do you intend to do, ship the 70G blockchain or suggest the user downloads it over Tor on first run?

neither , its disabled by default but if the user want to use it then he activate it.

any reason why not?

btw just in case u didnt notice , my post here and there was all in form of question and suggestion. If i wanted this to be done without sharing it, i wouldnt post it as a public topic.

I think this was taken a little out of context imo. Many of use come from different countries with different languages english is a second launguage. Using “we” “us” can mean many different things depending on where we come form: we? Whonix community, us? Whonix developers etc. But it might be a good idea to specify that when we are posting on other forums.

We is best avoided! Better use signatories for joint statements.

I am investigating. Will take time.

i cant add something on what @0brand said, so im sticking to the subject which more important to focus on.

I use Monero in Whonix, but I share @0xB44EFD8751077F97’s view that having it by default isn’t necessary. I think a small minority of users use it. And those who do, probably use both Bitcoin and Monero, so providing a Monero package alone doesn’t make much sense.

If Whonix want to provide some kind of crypto capabilities, it should first be Bitcoin - whose market value is still bigger than all of the other cryptocurrencies combined.

Sorry but I also share the wonder about OP already stating Whonix is interested to install Monero as “default crypto”.

we would like to install it as default crypto once its happen.

I’m very interested in what Monero can achieve, but I feel it’s development is too immature to support it as default. If it weren’t a currency app then I wouldn’t be so critical.

With that being said, and without straying too far off topic, I think a more practical inclusion for Whonix would be the Electrum Bitcoin wallet since it is so popular, has strong developers that keep security/anonymity in mind, it’s included in Tails, and is suggested for use by Qubes.

very great thx guys for sharing that i will open a voting inside the same thread , please vote up for your rights as users what you like to have.

packages.debian.org does not ship Monero GUI at this point unfortunately. Monero CLI currently only available in Debian sid:
https://packages.debian.org/search?suite=default&section=all&arch=any&searchon=names&keywords=monero
It also currently lacks behind a version.
Whonix CLI instructions might refer to Debian sid as source since this simplifies instructions but then when users want to install a GUI later (or GUI first and CLI later) there could easily be a version mismatch.
Not sure on the best way forward here.

Just to comment, that version mismathces are a big deal with Monero.

If the client runs an older version than the node it will just not work. That has been the case with recent versions.

Running the last version is therefore not only recommended but in some cases an absolute neccessity.