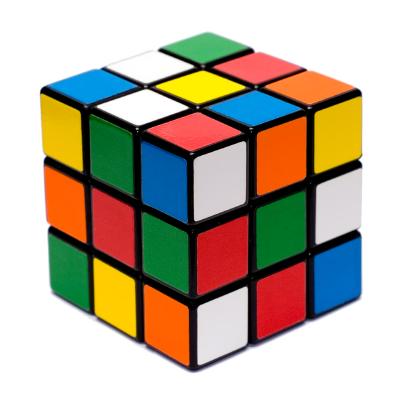 LKRG bypass methods. Contribute to milabs/lkrg-bypass development by creating an account on GitHub.

Thanks to @madaidan for posting this on telegram.

In case anyone wondering: no, I don’t think this speaks against LKRG. This was expected. As per https://www.whonix.org/wiki/Linux_Kernel_Runtime_Guard_LKRG LKRG quote

I experienced the VM freezing during LKRG installation. Freezes GUI (seconds counter at the clock freezes and will never move on again.) Happening in a VirtualBox VM during LKRG DKMS compilation with 768 MB RAM and 512 MB swapfile. Not always reproducible. I provided various SysRq output to LKRG upstream in private e-mail. Not sharing here as it might contain sensitive information about my system.

While swap gets used, swap does not run out of memory. Check in another console tab using:

Gathered the log using a serial console. Journal does not have anything interesting.

This doesn’t happen when increasing RAM. Whonix-Gateway VirtualBox by default comes with 768 MB RAM and a 512 MB encrypted swapfile. Whonix-Workstation VirtualBox by default comes 2048 MB RAM and no swapfile. (By adding >= 2000 MB RAM to Whonix-Gateway, no swap file will be created by swap-file-creator (Whonix github project). I’d very much like to increase default RAM of Whonix-Gateway to 2048 MB RAM but that won’t work out of the box for many of Whonix users. Let’s say someone has host system with 4 GB RAM which is quite common. Hard to run two VMs there. Kernel Samepage Merging (KSM) might be available for VirtualBox too, but there were some security issues with it. Some references.

LKRG compilation should be possible even though swap is required? Maybe LKRG isn’t the cause but only the trigger? 768 MB RAM for a Debian VM with XFCE might be too little RAM nowadays?

It could be this bug - a long standing kernel bug related to system stress and swap:
https://bugzilla.kernel.org/show_bug.cgi?id=196729

@andreyknvl @Adam_pi3 As far as I see, we did comment on all of the bypasses seen in that repo so far, on the lkrg-users mailing list. We also addressed many of these in newer LKRG. Now that Ilya collected the bypasses so nicely in that repo, we should perhaps also collect our commentary in one place.
2 Likes
HulaHoop January 15, 2020, 12:09am #28

Maybe a memory leak? So this amount of RAM is only needed during compilation? After that do you run into problems when it is lowered back again?

Excuse my ignorance, but couldn’t we pre-compile during image builds and provide it as a binary? Also as binary updates in Whonix repo?

Possibly. So even if https://bugzilla.kernel.org/show_bug.cgi?id=196729 or similar is the issue, it was still worth contacting upstream.

So this amount of RAM is only needed during compilation? After that do you run into problems when it is lowered back again?

Excuse my ignorance, but couldn’t we pre-compile during image builds and provide it as a binary?

That would break on kernel upgrade (comes from packages.debian.org) or when using a custom kernel. That’s why DKMS was invented. There are many kernel modules such as wireguard or guest additions. Not sure that’s a leap of faith but if DKMS (kernel module compilation during installation) was easily avoidable, I guess that would be standard practice in Debian.

LKRG is not yet compatible with hardened kernel.

hardened-kernel 0.8-1 on Non-Qubes-Whonix Whonix-Gateway and Whonix-Workstation. DKMS does not run during linux kernel package upgrade. Therefore after reboot LKRG and tirdad no longer functions. Jan 15 13:36:06 host modprobe[213]: modprobe: ERROR: could not insert ‘p_lkrg’: Exec format error Workaround until DKMS will be properly run after kernel package upgrade: sudo apt install --reinstall lkrg-dkms tirdad-dkms Tirdad is fixed after that procedure. DKMS might not run since the package…

Not worth contacting upstream about it yet. I am still waiting for upstream to provide signed git commits so I can test a newer version before more experimentation is worthwhile.

LKRG pacakge in Whonix git master and developers repository updated as per:

VirtualBox host support is now on the horizon:
https://www.openwall.com/lists/lkrg-users/2020/01/24/1

sysctl vs module parameters / Can sysctl be set before loading the module? | was: bug: LKRG kills VirtualBox host VMs

UMH blocked when though lkrg.block_modules = 0

LKRG and tirdad should be loaded as early as possible. Preferably, they would also be built-in but that’s not supported (yet?).

Compiling LKRG static into the Kernel / Loading LKRG kernel module as early as possible or after other modules?

The wiki page got noticed by spender.

@ChaosDatumz Didn't see this other part -- I would take anything published by Whonix with a (gigantic? tiny? whichever is worse) grain of salt when it comes to anything security-related. Oh, and this one didn't age too well: forums.whonix.org/t/beyond-grsec…
1 Like
Patrick February 14, 2020, 8:39am #37