Then no patch needs to be applied against Whonix/hardened-kernel. Can just use CLIP OS repository. Any modifications would be gotten automatically by us - no need to manually stay on top. If we follow CLIP OS as upstream (since they are using vanilla + linux-hardened + STACKLEAK patch) it makes sense to use them as upstream.

It would be better to just apply the patches before compiling rather than needing to trust a third party to apply them for us.

I see. And we’re not using CLIP OS because we don’t want users to do manual parts?

Yes, manually creating your own config is a massive pain. It’s extremely easy to severely worsen security and/or break everything. Only really advanced users should.

I.e. the missing feature by upstream CLIP OS is a fully pre-configured kernel config that does not require manual user input?

A post was split to a new topic: kernel.deny_new_usb sysctl to deny new USB devices

It would be better to just apply the patches before compiling rather than needing to trust a third party to apply them for us.

Another reason to re-consider using non-LTS too.

I consider applying a patch against a different version becoming a new
upstream too. A patch very much depends on the context of the
surrounding code. Often patches cannot be applied for older/newer
versions since the base file changed. Even if it applies, it might not
be advisable. The patch author must state against which versions that
patch was tested.

The link to the patch was

They have many more patches. 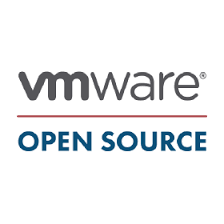 Part of this project.

Security hardened: The kernel and other aspects of the operating
system are built with an emphasis on security.

What photon be suitable as an upstream for kernel patches / kernel config?

Instead of the complexity of all those wrappers, maybe we could just use a bash alias?

I still don’t know yet. Created https://phabricator.whonix.org/T960 for it.

hdapt, not sure why I wrote that. hd what? Should be hkapt for hardened
kernel apt? My mistake.

Either way, hkapt could be developed independently. Wrappers could be
solved last.

rapt runs as root. It ought to not parse anything in user’s home folder.
(Bash alias are run in user ~/.bashrc.)

There is no /etc/bashrc.d yet.

Therefore would probably have to take over (config-package-dev displace)
some system file which doesn’t lower complexity either.

bash aliases are probably ignored when apt is called by another tool
internally (such as for scripting / automating, whatnot).

We instruct users to use rapt when using apparmor-profile-everything and just apt when not.

One day apparmor-profile-everything hopefully becomes a default.
Therefore ideally it wouldn’t need a new command to teach all users.

Another reason to re-consider using non-LTS too.

Why should we base everything off of not having to run 1 extra patch command?

I don’t see why we need to switch upstreams. Using kernel.org and cat ... | patch is perfectly fine.

What photon be suitable as an upstream for kernel patches / kernel config?

No, photon is just an OS optimized for vmware. They only have a few extracted PaX features I pointed out above.

hdapt, not sure why I wrote that. hd what? Should be hkapt for hardened kernel apt? My mistake.

I assumed “hd” was short for “hardened”.

Grsecurity has a similar feature called GRKERNSEC_ROFS which does some mount restrictions.

I’ve ported this and will send it to linux-hardened. It denies all read-write mounts and writes to block devices once kernel.romount_protect=1 is set. It cannot be changed back during runtime.

We just need to figure out when to set this and how.

From the results of https://github.com/a13xp0p0v/kconfig-hardened-check, the only things we can really improve now are (excluding things not in our kernel version, SLUB_DEBUG_ON as it doesn’t help, LOADPIN as we aren’t using it, USER_NS as linux-hardened fixes that issue and modules as we’re working on that):

CONFIG_STATIC_USERMODEHELPER would be very useful but this breaks boot for some unknown reason and leaves me with a black screen although we can use LKRG’s umh_lock instead if the issues with the firewall are ever fixed.

Disabling CONFIG_KALLSYMS isn’t that helpful since we set kptr_restrict but it would reduce attack surface.

Disabling CONFIG_MAGIC_SYSRQ isn’t that helpful either as we’re going to restrict SysRq.

The only really useful one is a static usermode helper.

Would be helpful to document this on the wiki so users running the hardening check script don’t come in here and ask "why is X not enabled in your kernel but done in ClipOS?

Anything here that anthraxx or ClipOS can readily pick up?

Dapper is just a forward port of grsec. I don’t think they’ve added any new features and I’m already combing over the original grsec patch anyway.

Yes I know. I was wondering if stuff like RAP can be easily ported forward and integrated by either of these projects because it hasn’t succumbed to bitrot yet.

Not easily. RAP is a very large feature. Porting it would be hard.

Besides, the full version was never publicly released, only a subset of its features were part of the public patch https://www.grsecurity.net/rap_announce

We should just wait until clang CFI is upstream https://outflux.net/slides/2020/lca/cfi.pdf

We can change CONFIG_CMDLINE (requires CONFIG_CMDLINE_BOOL=y) to default to our security-misc boot parameters although most are solved by the config anyway.

@Patrick can you create https://www.whonix.org/wiki/Hardened-kernel so I can add documentation? I don’t have permissions to create it.

@Patrick can you create https://www.whonix.org/wiki/Hardened-kernel so I can add documentation? I don’t have permissions to create it.

I don’t have permissions to create it.

Btw if you edit with account I could upgrade that.

We can change CONFIG_CMDLINE (requires CONFIG_CMDLINE_BOOL=y ) to default to our security-misc boot parameters although most are solved by the config anyway.

That seems rather inflexible.