I’ve made all your recommended changes (see edited version of suggested .onions mirrors and firejail entries above). The only problem is ->

Using the find / -name command, it shows in the Whonix-WS Template VM, the file only exists at:

Ditto for anon-whonix appVM. Not sure what I’m doing wrong here.

Not sure what I’m doing wrong here.

Only expecting the file to be already there.

I’ve made all your recommended changes (see edited version of suggested .onions mirrors and firejail entries above). The only problem is ->

Can you try with Non-Qubes-Whonix first or any operating system with a regular start menu if that works first? Otherwise I gotta try this. (First need to understand the usual mechanism before the Qubes mechanism.)

You might also be able to skip that. I guess in Qubes /home/user/.local/share/applications/ folder has to be populated in TemplateVM. And after that - while the TemplateVM is still running - run in dom0.

Or perhaps better to learn more.

Using the find / -name command, it shows in the Whonix-WS Template VM, the file only exists at:

This file is owned by tb-updater in a system wide folder.

That should be totally unrelated. It’s a desktop shortcut that is only visible in Non-Qubes-Whonix.

/home/user/.local/share/applications/ is a linux user account specific folder. (Not a system wide folder.)

I should have used the Whonix template for that step (will fix that up). See here:

Does that work okay (kdesudo kwrite)?

Thanks, works fine.
Really appreciate the help all of you are providing for us technically challenged people.

Thanks Patrick - will try this.

I get taken to school every day on these forums by Patrick et al (see this thread for example). A little knowledge is apparently a dangerous thing.

But, asking the experts explicit questions appears to get working solutions for us mere mortals. Who knew that virtualized, split Tor systems using advanced hypervisors and multiple templates would be so complicated

See edited version above. I’ve tested firejailing Tor Browser in Qubes-Whonix following these steps and it all seems to work. Do you mind trying in your system to see that this is correct for you?

Sandboxing Tor Browser in Non-Qubes-Whonix using the alpha Tor Project sandbox is being discussed here and I have a preliminary wiki entry based on Patrick’s success in non-Qubes-Whonix.

Patrick has confirmed these steps are correct.

Sorry, I took the rest of Christmas day off! Well, your instructions are clear for getting this working in non-Qubes-Whonix, so I can write something up for that and check with you before editing the wiki stub. There is something obviously wrong in the Qubes-Whonix environment though, so I think we can just note that this is 'blocked' pending resolution of Qubes Issue #2540. This is a real bummer, because with over 600 issues, this may not be solved anytime soon. Or, bubblewrap may have so…

Looks good. Please add them to the wiki.

I’ll do the Firejail one next.

Damn, I was just about to update the wiki and double-checked the instructions re: firejailing Tor Browser in Qubes.

It turns out after all that firejail works okay from the terminal, but all those steps in creating a local .desktop file for Tor Browser to contain the process don’t work.

You can see it by running firejail --tree in Konsole -> it shows nothing.

Tor Browser firejailed from terminal on the other hand shows it is being run in a container.

But that doesn’t work either… starts Tor Browser, but it’s not contained.

Are we sure we don’t just want to edit the existing desktop file and update it every Tor Browser release, cause this Qubes architecture is killing me

So, I’ll just do the firejail entry with running Tor Browser from the terminal. Then, if anybody works out the .desktop links stuff later on, they can add it. Not worth the angst.

Firejail entry is awaiting reviewer sign-off. I’ve included the non-canonical method for .desktop edits, since it works (but noted it as optional steps).

Well, if you sometimes run Firefox [or Tor Browser] without firejail while having run the same Firefox profile folder before with firejail is as good/bad as never running with firejail.

Editing /usr/share/applications/firefox-esr.desktop [or torbrowser desktop file] is a recipe for that. It will initially firejail will be used but on the next Firefox upgrades (which also happens in Debian stable during security upgrades) all desktop file changes are lost without notice. This is very easily missed. How many users will carefully look that firefox [or tb-updater] wasn’t updated and remember to reapply the modification…

[The wiki edit can stay in its non-approved form for a few hours. Very much fine. No need to delete it. In a few hours I’ll look into the desktop icon modification in home folder in Qubes and add a few edits on top, then approve.]

Problem is as of Qubes R3.2 is only parses:

It does not parse:

I mentioned the firejail use case, added my thoughts to that discussion.

In meanwhile it’s either dpkg-divert in TemplateVM, which is ugly or not using any desktop files anymore, just starting it from terminal.

Why edit the desktop files? Why not use firecfg as per https://www.whonix.org/wiki/Dev/Firejail? Could you research please if that works? Much better than desktop file edits because once firecfg symlinks are in place, no more accidental non-firejailed starts are possible.

I created a new AppVM off this template and FF is still not firejailed according to firejail --tree.

So, I then tried the firecfg --fix option, by:

and tested FF in the AppVM.

Still not firejailed according to firejail --tree

.desktop links are a MAJOR pain for Qubes. Note the difficulty we have in adding additional items for the DispVM menu, not having .local directories .desktop entries actually work for Tor Browser and Firefox-ESR. It is a block for many users, and I have seen multiple Qubes threads around this .desktop link issue. They really need to sort it out.

sudo firecfg might work for non-Qubes-Whonix, but I don’t run it, so can’t check for you. If it does work, I can update that wiki entry.

In the meantime, I’ll look at wiki entries for greener pastures (things that actually do work), like grsec templates - working here for the Debian-8 Template, plus works in combination with firejail.

Or do you expect major breakage? I think somebody already had Whonix ‘grseced’ in one of those Qubes threads. That is a major security enhancement, particularly if the vanilla grsec Debian templates and grsec Whonix templates can then be used for all networking, although I believe this is currently blocked when testers have tried that for the netVM and firewallVM.

It probably doesn’t work since /usr/local of TemplateVM is not shared with TemplateBased AppVM which has its private /usr/local.

It might work if this sudo firecfg gets run in every individual TemplateBased AppVM. But that’s not a great solution.

For something like filezilla.desktop it might work since it uses Exec=filezilla. (Then the wrapper in /usr/local would perhaps be preferred.)

For other applications using the full path however such as firefox-esr.desktop which uses Exec=/usr/lib/firefox-esr/firefox-esr %u this wouldn’t work. No way an /usr/local wrapper could sneak in firejail then.

Right, with all these half baked solutions it’s probably best to recommend starting applications from the command line.

Yes, that that won’t work due to Qubes desktop files parsing limitations.

Yes. Certainly not working in R3.2 as per that thread.

I don’t see why this wouldn’t work.

Thanks re: signoff on Firejail. 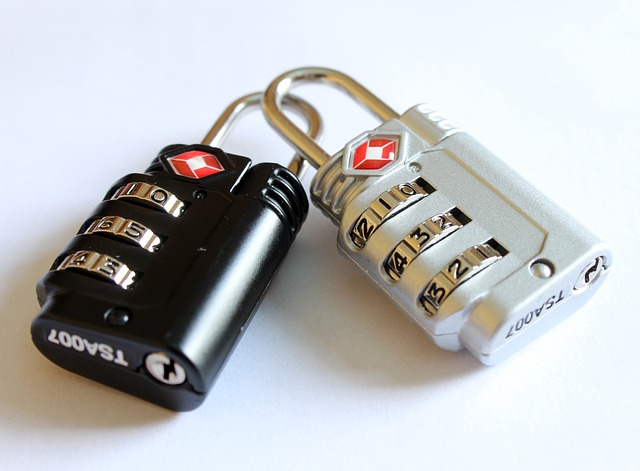 The entries for Whonix and Fedora templates, and dom0 and dispVMs with grsec will be done once coldhak has finished them.

Dumb question: the external website image links don’t appear in the wiki entry? How do we upload our own snapshots (if that is required) in mediawiki?

I’ll try firecfg in the appVM and let you know. I’ll also try grsec in the Whonix templates, but I suspect it won’t work right, because Coldhak has that on their ‘to do’ list on github. But you never know.

How do we upload our own snapshots (if that is required) in mediawiki?

When you edit a page, above the text editor field there should be Drop files here area.

Also there is Tools -> Upload file.

You need a wiki account and upload rights however.

Licensing:
For legal reasons, to avoid lawsuits and legal vulnerabilities… Any image uploaded must comply with copyright. Must be compatible with GPL v3 or any later. Must not violate the authors rights to the file. Very good is public domain stuff. However, Libre Software licenses that require attribution work also - we just need to provide the proper attribution. Ideally on the wiki page of the file (image) we have a link the original as well as a snapshot (archive.org, webcitation.org) as proof that by the time we got that file was under a certain license.

Now we have the Qubes mirrors on the Whonix onion, I assume this information below is okay to add to the “Onionizing Repositories” entry?

I was confused between the options that are now available:

But, I have tested with option (b) above and it works nicely in the Debian and Whonix templates. Please confirm I am okay to add this to the wiki though. The top level mirror (a) doesn’t work for whatever reason.

This now means if you use Debian-8 as the net and firewall VMs - recommended, since FedoraSoft wants to ‘phone home’ on a regular basis as discovered by entr0py - there is no need to expose anything you are installing/updating outside the Tor network.

The top level mirror (a) doesn’t work for whatever reason.

It’s working on my end. It’s just a mirror of the top-level ftp.qubes-os.org (without distfiles/).

So, [arch=amd64] should be removed? Out of curiosity, why is that?

Note that I asked a similar question here. I’m really curious: If substituting the .onion URLs is sufficient, then what’s the point of apt-transport-tor? If it’s not needed, why does it even exist?